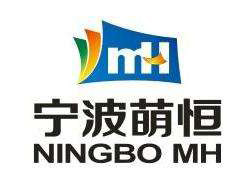 Founded in 1999, Ningbo Meng Heng industry and Trade Co., Ltd. is located in Ningbo, one of the most dynamic cities in China's international trade. It is the largest enterprise engaged in research, production and sales of garment accessories in China. The company has strong research and development force, excellent production equipment, quality inspection means and complete technology. The garment accessories produced include lace series, line series, belt series, headscarf, button and so on.

Under the current system, it has 3 trading companies, 10 industrial factories, 1 large foreign trade warehouses, 6 overseas offices and 4 domestic offices, with a workshop area of 180 thousand square meters. From 2003 to 2008, the company was appraised as "advanced foreign trade enterprise" by Ningbo free trade zone for five years. From 2003 to 2005, the company was listed by the Ministry of Commerce of People's Republic of China as "the top 100 of Chinese private enterprises". In the 2006-2008 year, the company was named "the top 100 enterprises in Ningbo", "the top 80 of Zhejiang service industry" and "China service industry". 500 strong. The company's "MH" trademark has been identified as "Zhejiang famous trademark" and "China well-known trademark".